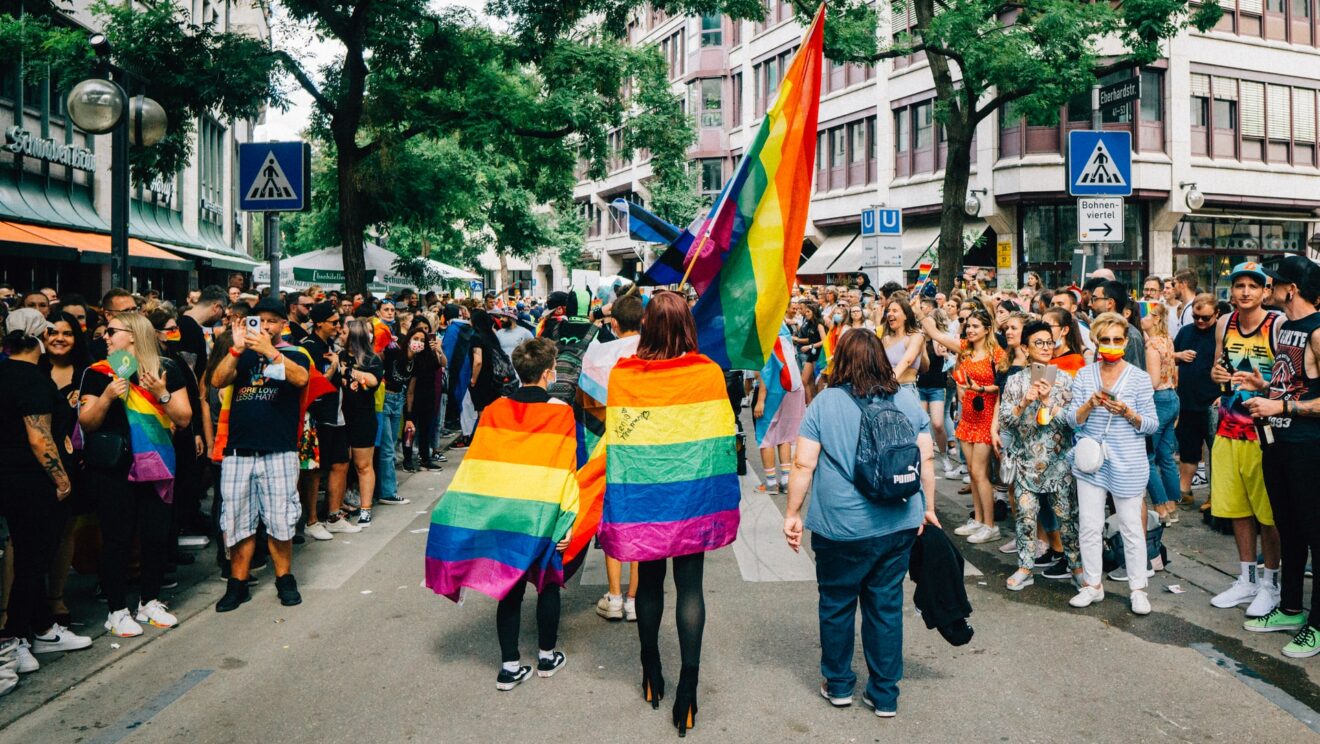 New leadership plays a highly influential role in mapping the future of the Pride Movement and fight for LGBTQ+ rights. Meet 5 young, up-and-coming activists to follow as they lead the next generation of Pride.

Schuyler Bailar (he/him/his) is a Korean American transman and activist. He was the first openly transgender Division 1 NCAA men’s athlete, competing in swimming at Harvard University. After graduating in 2019, Schuyler now works as a life coach, advocate, and diversity, equity, and inclusion consultant. Learn more about Schuyler’s work on his Instagram, where he frequently advocates for transgender rights and engages followers in conversations about trans and LGBTQ+ issues.

River Gallo (they/them/theirs) is a Salvadoran American actor, artist, filmmaker, model, and activist. They identify as genderqueer. River wrote, directed, and starred in the film Ponyboi (2019) as the first openly intersex actor playing an intersex person, receiving the 2019 GLAAD Media Rising Award for their work. Stay up to date with River’s most recent projects on their website and their Instagram.

Ella Briggs (she/her/hers) is a young politician and activist, elected as Connecticut’s first gay kid governor in 2019. Ella works with Connecticut’s cabinet to promote youth safety in the LGBTQ+ community and wrote a guide on how to establish Pride-Hope-Love clubs at elementary schools to support students who identify as gender and sexual minorities. Keep up with Ella on her blog and learn more about her Pride-Hope-Love platform.

Sameer Jha (they/them/theirs) is the founder of the Empathy Alliance, an organization based in the Bay Area, California, that focuses on creating safe and affirming school environments for queer students. After experiencing bullying and discrimination themself, Sameer created the Empathy Alliance to help educate students, teachers, and educators on how to promote positive school climates for students who identify as LGBTQ+. Read more about Sameer and the Empathy Alliance on their website.

Dwayne Cole Jr. (he/him/his) is a mental health advocate and program manager of the Ruth Ellis Center, which provides trauma-informed services for LGBTQ+ youth and youth of color in Michigan. As a Black gay man who has faced his own hardships, Dwayne helps young people who identify as LGBTQ+ find community, meaning, and empowerment while encouraging youth to prioritize their mental and emotional health. Learn more about Dwayne’s story here.

LGBTQ+ · Youth
Back to Top