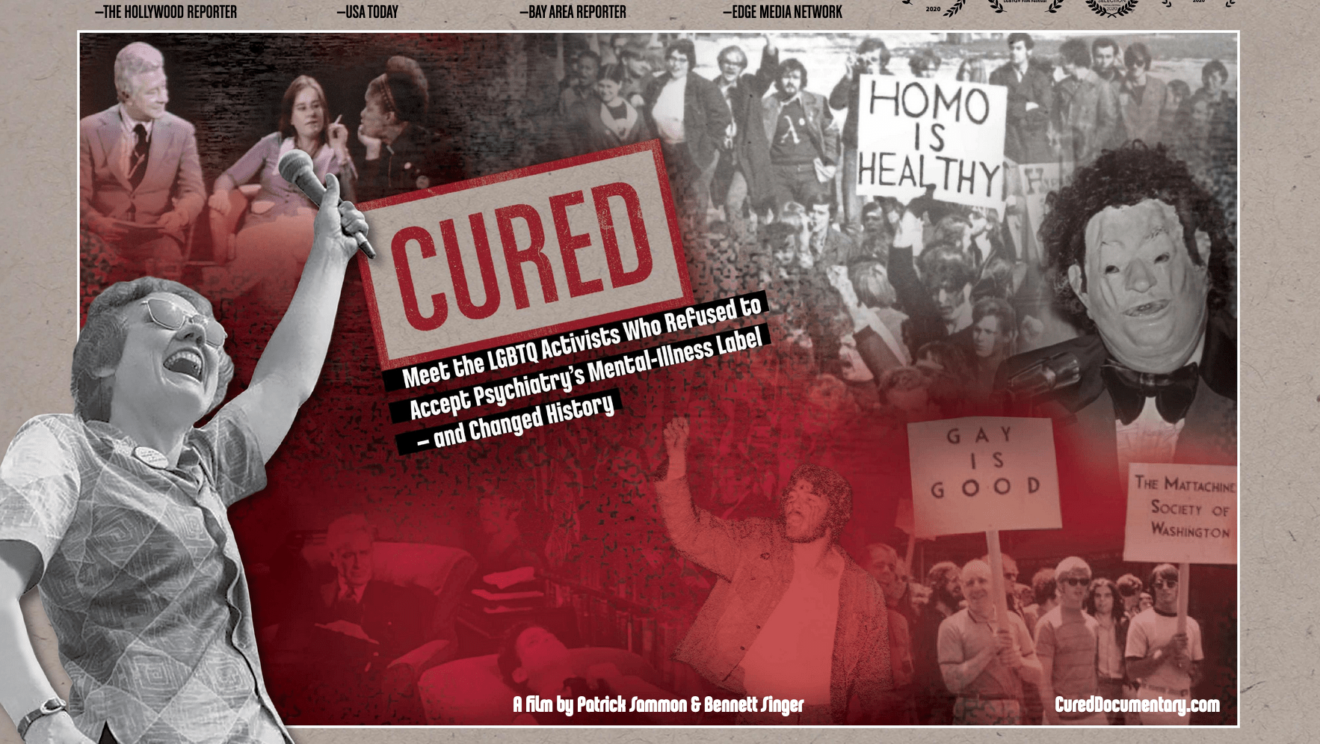 Using Our Voices for Meaningful Change

In my experience as a Ph.D. student in clinical health psychology, it is common knowledge in the field that homosexuality was “dropped” from the Diagnostic & Statistical Manual of Mental Disorders (DSM) in 1973. It’s a decision that, in 2021, sounds like a no-brainer. It seems almost inconceivable today that a respected scientific organization would consider homosexuality to be a mental illness and treat it as such. Yet nearly 50 years later, the sociopolitical context and key players involved in this decision are rarely discussed and therefore, not widely known.

To commemorate LGBTQ+ history month, the Global Alliance hosted a #GADocsTalks virtual screening of the documentary Cured. Alongside the film, we got the opportunity to discuss some of the documentary’s broader themes with a group of experts in a virtual live panel.

Cured centers on the activists who spearheaded the movement to recognize that identifying as LGBTQ+ is healthy and normal, rather than a mental illness. Our panelists spoke about how, despite social progress in some areas, equal rights and opportunities for the LGBTQ+ community continue to be denied—“the struggle is not over.” It’s interesting to reflect on how closely the issues that activists such as Frank Kameny, Barbara Gittings, and Rev. Magora Kennedy fought to change parallel those we are facing today. As Rev. Kennedy said in our panel, “change can happen and will happen. But you need to take action.”

When I think about the current issues in psychology and the health sciences, and where we can take action, it’s evident that efforts to pathologize the minds and bodies of those who identify as LGBTQ+ still persist and represent a pervasive issue. Many of the conversion therapy practices described in the film are still being practiced in many states and countries today. More broadly, critical intersectionalities within the LGBTQ+ community continue to be overlooked, echoing the whitewashing of Stonewall and discrediting those who do the work. Our panelists spoke about how the true intent and meaning behind the LGBTQ+ rights movement as an organized uprising is lost with the increasing commercialization and corporatization of Pride. Paradoxically, with some increases in media representation and sociocultural acceptance have also come an influx of legislation targeting the rights and well-being of the LGBTQ+ community. So how do we create meaningful change?

I believe that Dr. John Fryer’s testimony, featured in the documentary, was so compelling to his audience in part due to his organizational membership and position as a fellow psychiatrist. His bravery made me think about how I can do a better job of critically examining the oppressive practices of the systems of which I am a part of—how I can use my position as a student in graduate education, or as a future clinical psychologist working in healthcare, to advance equity within these institutions.

Learning from the perspectives and experiences of our panelists, I believe that we can begin to address the complex social and cultural issues that continue to impede equal rights for the LGBTQ+ community, from inside our own circles. By taking on the responsibility of speaking up and speaking out, each of us can bring about a more equitable and just future for all by creating change from within. As panelist Julie Bates said:

“Each of us has an opportunity to be involved… if you are in a situation where someone is saying things about LGBTQ people that you know to know to be untrue, stand in your power and speak truth. If there is an organization in your community that is doing good work, join them, donate to them, bring them into your team meetings to talk about the issues so that everyone in your sphere of influence can hear a message that may be contrary to what they are used to hearing. Each one of us has that opportunity, and when we take it, we have the opportunity to change hearts, and when we change hearts, we can change minds.”

If you couldn’t join us this time, no problem! Cured is currently available to stream on pbs.org. After watching, you can view our full panel discussion on Vimeo.